REQUEST A QUOTE ASK STAX DOWNLOAD PDF PRINT PAGE
Powerful packaging machine for wrapping widest varieties of toilet rolls and kitchen towels configurations. This wrapper can pack up to 130 single layer packs/min and up to 70 double layer packs/min. It also has possibility to pack upended toilet rolls (optional). This robust wrapper is combination of extreme flexibility and reliability.

Read more
With a production speed up to 130 packs/minute and a very low maintenance costs, it is the most efficient rolls wrapper with the most affordable price on the market.
The rolls are coming by four channels conveyor; they are launched in the number of lanes according to packaging configuration needed, which is set by HMI, in the single layer or double layers into infeed section, where they are transported and stacked by group of carbon bars and chains.
Carbon bars convey the group of rolls on the elevator, which leads them into the area of folding. The foil positioning section brings the packaging film directly above the rolls by vacuum belts.
The folding process is the traditional one, with fully servo controlled folders and counter folders.
The overhead pack transport section moves the pack to the bottom sealer, while a side plates maintain the folds (just made) in the position.
A series of blows fold the bottom flaps just before the pack is taken over by the out feed sealing section to complete the wrapping cycle.
All motions and functions are controlled by the integrated motion controller.
Close 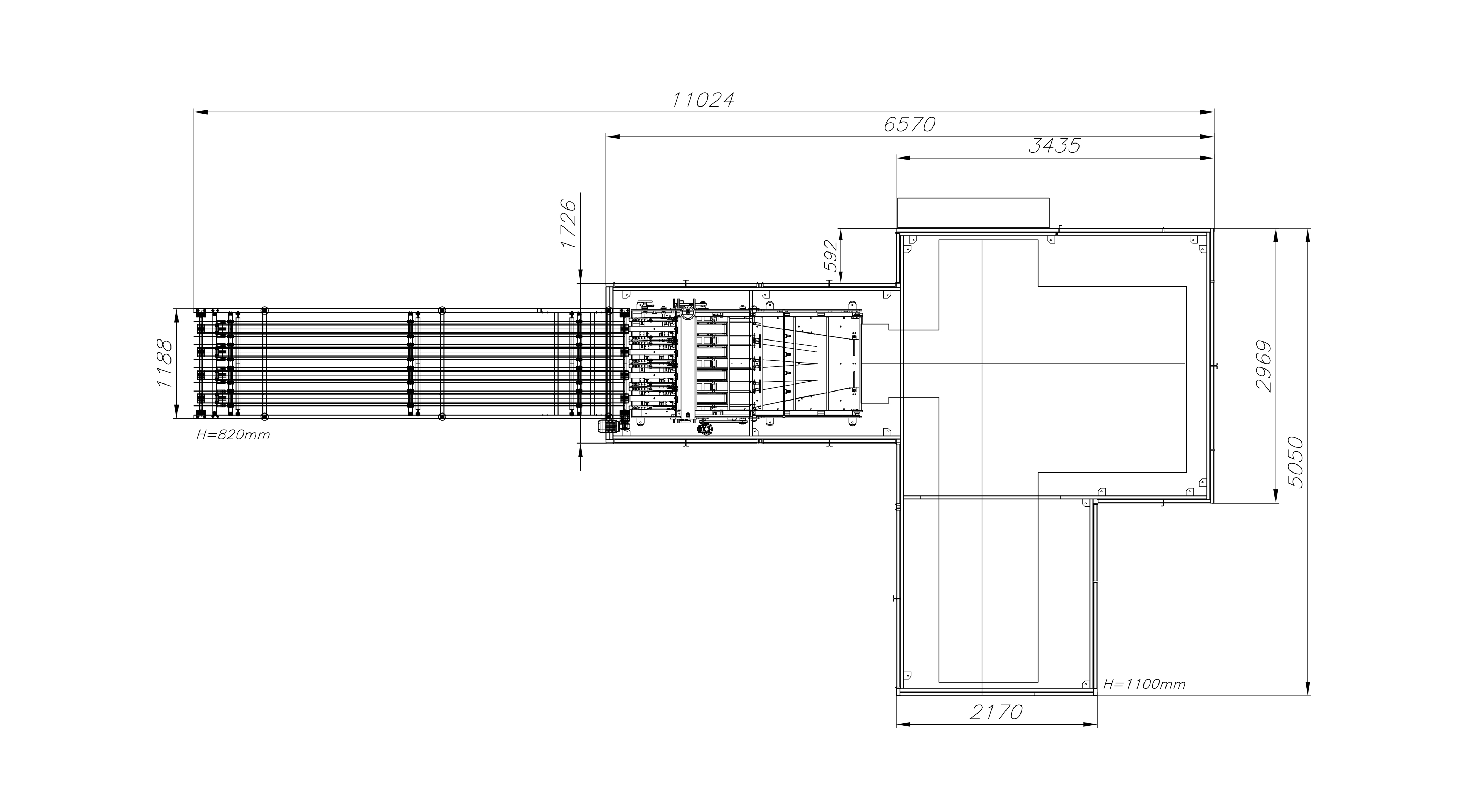